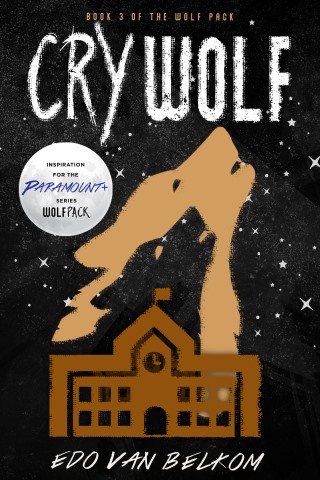 When the woods become a trap, where does a wolf pack run?

Everyone at Redstone High is talking about the strange Brock kids. How they keep to themselves at school—and spend way too much time in the woods. But Noble, Argus, Harlan and Tora aren’t normal teens—they were born with the power to become wolves. And the more the siblings try to hide their secret identity, the greater they struggle to fit in. Then Noble falls mysteriously ill, leaving the pack without a leader just when he’s needed the most…

With a little girl lost in Redstone Forest, the authorities suspect a wolf attack. Which means the search team is intent on hunting—even killing--wolves and their kind. It’s up to the pack to find the girl and bring her back to safety--before someone finds them first. Suddenly the woods are a very scary place. With the world turned against wolves, is there anyone in the world the wolf pack can trust?

Praise for Cry Wolf
"...story is full of action but also interesting bits of character development.... Let's hear it for the werewolves!" — CM Magazine

“[Cry Wolf] will make you want to read them all. The author has perfectly captured the essence of growing up different in a small town. Fans of the character Jacob Black from Stephenie Meyer’s series will love this wonderful series.” — YA Book Central

“While obviously light on gore and violence, there’s plenty of suspense here. It’s wonderful to see kids’ issues broached in the trappings of a genre story, especially one structured to get grade-schoolers thinking and talking. All in all, Cry Wolf is a great stepping stone for monster kids who aren’t quite old enough to partake in the monster bloodshed.” — Rue Morgue

“In my opinion, this book has an equal amount of thrilling, awesome, and exhilarating quality as Wolf Pack, another book in the series-but both of them are on my list of top ten books I’ve read. Cry Wolf is a thrilling and exciting book, and I would recommend it to people who love adventure books.” — Ask Pippa

Edo van Belkom: Bram Stoker and Aurora Award winner Edo van Belkom is the author of two hundred stories of horror, science fiction, fantasy, and mystery, which have appeared in such magazines and anthologies as Storyteller, RPM for Truckers, Year’s Best Horror Stories, and The Mammoth Book of On the Road. He is also the author of “Mark Dalton: Owner/Operator,” an ongoing adventure serial about a private investigator turned trucker that has been published continuously in the monthly trade magazine Truck News since June of 1999. His more than twenty books to date include the novels Scream Queen, Martyrs, and Teeth and the short story collections Death Drives a Semi and Six-Inch Spikes. Born in Toronto in 1962, Edo worked as a daily newspaper sports and police reporter for five years before becoming a full-time freelance writer in 1992. He lives in Brampton, Ontario, with his wife, Roberta, and son, Luke.