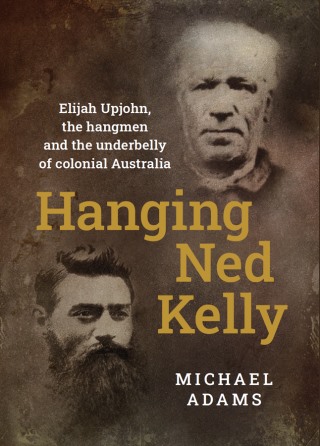 Elijah Upjohn, the hangmen and the underbelly of colonial Australia

In Hanging Ned Kelly, Elijah Upjohn's tale becomes the rusty scalpel that slices open the underbelly of colonial Victoria. Written by Michael Adams, creator of the acclaimed podcast Forgotten Australia, this is an odyssey into an infernal underworld seething with serial killers, clueless cops, larrikin vigilantes, renegade reporters, racist settlers, furious fallen women and cunning waxworks showmen. Looming over them all: the depraved hangmen paid to execute convicted men and women - some of them innocent or unfairly condemned - in Melbourne before it was marvellous.

Michael Adams: Michael Adams has worked as a magazine journalist and editor, and a television scriptwriter, producer and presenter. He is the author of 14 books and is the creator and host of the podcast Forgotten Australia.