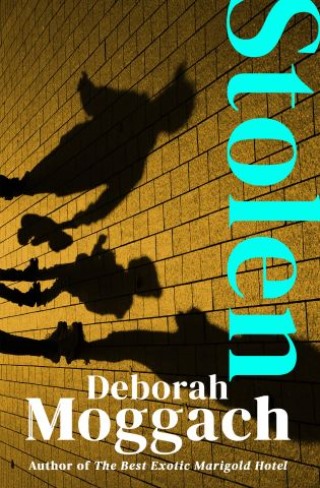 “A nicely balanced account of marital breakdown in peculiarly difficult circumstances” from the bestselling author of The Best Exotic Marigold Hotel (The Sunday Times).

As flirtatious as she is rebellious, Marianne has always wanted out of her hometown of Ashford. And at eighteen, she’s found the perfect man to take her away. Pakistani Salim Siddiqi is ridiculously handsome and stunningly smart. While Marianne waltzes through town in suede miniskirts and knee-high boots (it is the sixties after all), Salim reads Wordsworth and Keats.

After their wedding, the honeymoon seems to last forever. But having two children and buying a house reveal differences that become impossible to ignore. Marianne refuses to just stay at home, taking a job at her friend’s catering company, while Salim becomes increasingly jealous and possessive of her time. And when Marianne turns to another man, her life explodes around her.

Salim bolts, taking their daughter and son with him back to Pakistan. Legally, there’s little Marianne can do. For years, she desperately fights to regain custody. Adjusting to her new normal isn’t an option as long as her children are caught between two warring parents, two cultures, and two continents . . .

“Captures brilliantly the basic incompatibilities and misunderstandings that arise when two people have little knowledge of each other’s culture . . . both funny and moving.” —Sunday Express

“A likeable protagonist . . . The themes are those of an ambitious, dynamic novel . . . Absorbing . . . dramatic and disturbing.” —The Guardian

Deborah Moggach: Deborah Moggach is an English novelist and screenwriter. She graduated from Bristol University, trained as a teacher, and then worked at Oxford University Press. In the mid-seventies, Moggach moved to Pakistan for two years, where she started composing articles for Pakistani newspapers and her first novel, You Must Be Sisters. Her novels The Best Exotic Marigold Hotel and Tulip Fever were adapted for film in 2011 and 2017 respectively.

​Moggach began writing screenplays in the mid-eighties. Her screenplay for an adaption of Pride & Prejudice starring Keira Knightley received a BAFTA nomination, and she won a Writers Guild Award for her adaptation of Anne Fine’s Goggle-Eyes. She has served as Chair of the Management Committee for the Society of Authors and worked for PEN’s Executive Committee, as well as being a Fellow of the Royal Society of Literature. Moggach currently lives in the Welsh Marches with her husband.