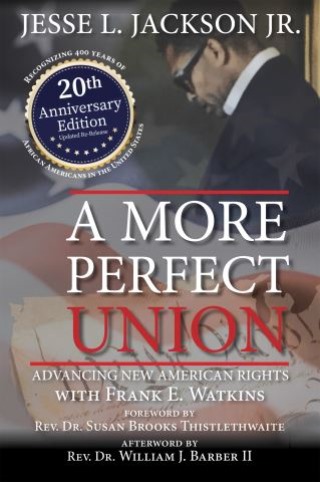 Race, from the beginning and more than any other element, has shaped America's institutions, its economics, politics, laws, social structures, and political attitudes.  Congressman Jackson considers race to be the focal point of America through the language of the economy because "the economy is the hearing aid through which Americans hear all political dialogue."  In this thought provoking work, Jackson provides ample documentation and insightful analysis of the inextricable link between race and economics.  More important Jackson proposes a radical economic strategy and program of new human rights that would build A More Perfect Union for all Americans and put them in a better position to come to grips with this enduring American legacy.