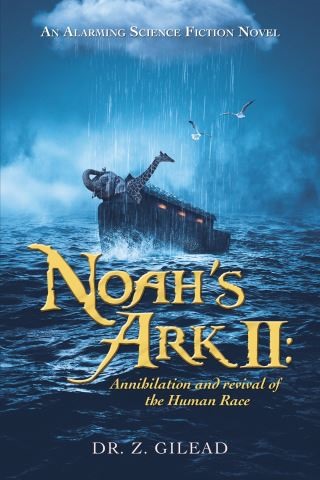 Noah’s Ark Ii: Annihilation and Revival of the Human Race

Nowadays, most of us and not only Englishmen, often talk about the weather and our climate. We sit at night in front of our TV sets, and various meteorologists and environmental experts tell us that our planet is rapidly heating up and drying up, because of the effect of the men-made greenhouse gases. The meteorologists and environmental experts claim that these calamities are but an introduction to two imminent and much worse catastrophes: We hear these warnings of the climatologists with trepidation but leave the fight against the culprit greenhouse gases to our heads of state. They signed at least two treaties against the world’s gas pollution but implemented them very feebly. If they fail their duty to the world, what can we, ordinary citizens do to ward off the danger? Therefore, we shrug our shoulders hopelessly, nervously chew our fingernails and continue with our mundane lives. However, I, a retired scientist, fearing for the fate of my children and grandchildren, could not remain idle. I decided to join the fight against the greenhouse gases to the best of my ability, however small it may be. I planned to write an extremely alarming Science Fiction novel that will scare my readers and cause at least them to join the protest marches against the irresponsible neglect of our politicians. Short of mutinying against our current leaders, we can only demonstrate and march! Consequently, I wrote an alarming SF novel in the hope that it might persuade the readers to join the millions who are now inspired by the Swedish teenage activist Greta Thunberg and protest also in the social networks against the gas pollution. Unfortunately, the Corona plague nowadays curbs more impressive protesting…

Dr. Z. Gilead: The author obtained an M. Sc. Degree in Microbiology from the University of Tel-Aviv and a Ph.D. degree in microbiology from the University of Pennsylvania’s Medical School. Later he worked several years in the Virology institute of the St. Louis University. He has always been interested in Science fiction and had published 3 SF novels. He lives in Tel-aviv and is married, has 2 sons and 3 grandsons.