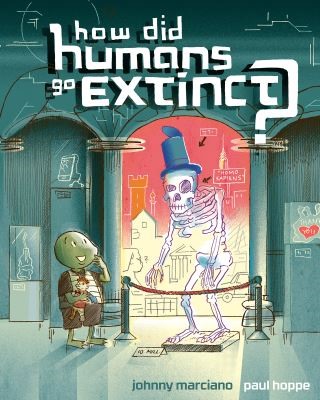 How Did Humans Go Extinct?

Let’s learn about the most mystifying species to ever walk the Earth!

Plib is like every other Nøørfbløøk kid on Earth, except for one thing.

Only one thing about the humans bothers Plib. What happened to them all? Did they turn the planet into an uninhabitable wasteland? Or did they turn on each other? Or did the humans die out because of something else they did--or didn’t--do?

Find the answer in How Did Humans Go Extinct?

Johnny Marciano: Johnny Marciano is a New York Times best-selling author and illustrator. His work for kids includes Klawde: Evil Alien Warlord Cat and The Witches of Benevento series, as well as Madeline at the White House. He lives in Red Hook, Brooklyn, with his wife, twelve-year-old daughter, two cats, and a dog.