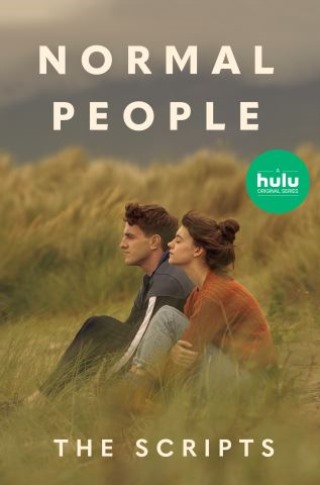 Delve deeper into the Emmy- and Golden Globe–nominated Hulu series based on Sally Rooney's bestselling novel with this must-have collection of the Normal People scripts, featuring behind-the-scenes photos and an introduction by director Lenny Abrahamson.

“You know, I did used to think that I could read your mind at times.”
“In bed you mean.”
“Yeah. And afterwards but I dunno maybe that's normal.”
“It’s not.”

Connell and Marianne grow up in the same small town in the west of Ireland, but the similarities end there. In school, Connell is popular. Marianne is a loner. But when the two strike up a conversation, something life-changing begins.

With an introduction by director Lenny Abrahamson and featuring iconic images from the show, Normal People: The Scripts contains the complete screenplays of the acclaimed Emmy- and Golden Globe–nominated television drama that The New York Times called “an unusually thoughtful and moving depiction of young people’s emotional lives.”

Sally Rooney: Sally Rooney was born in the west of Ireland in 1991. Her work has appeared in The New Yorker, The New York Times, Granta, and The London Review of Books. Winner of the Sunday Times Young Writer of the Year Award, she is the author of Conversations with Friends. In 2019, she was named to the inaugural Time 100 Next list.