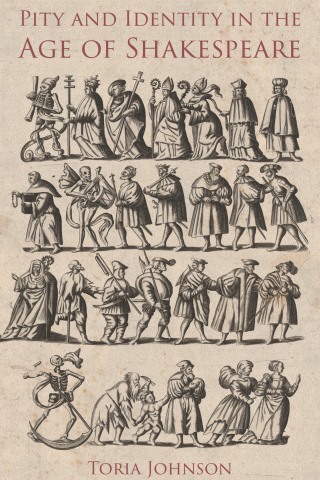 Pity and Identity in the Age of Shakespeare

Early modern English writing about pity evidences a social culture built specifically around emotion, one (at least partially) defined by worries about who deserves compassion and what it might cost an individual to offer it. Pity and Identity in the Age of Shakespeare positions early modern England as a place that sustains messy and contradictory views about pity all at once, bringing together attraction, fear, anxiety, positivity, and condemnation to paint a picture of an emotion that is simultaneously unstable and essential, dangerous and vital, deceptive and seductive. The impact of this emotional burden on individual subjects played a major role in early modern English identity formation, centrally shaping the ways in which people thought about themselves and their communities.

Taking in a wide range of material - including dramatic works by William Shakespeare, Thomas Heywood, Ben Jonson, Thomas Middleton, and William Rowley; medieval morality drama; and lyric poetry by Philip Sidney, Thomas Wyatt, Samuel Daniel, Thomas Lodge, Barnabe Barnes, George Rodney and Frances Howard - this book argues for the central significance of literary material to the broader history of emotions, a field which has thus far remained largely the concern of social and cultural historians. Pity and Identity in the Age of Shakespeare shows that both literary materials and literary criticism can offer new insights into the experience and expression of emotional humanity.

Toria Johnson: TORIA JOHNSON is a Lecturer in English Literature at the University of Birmingham.