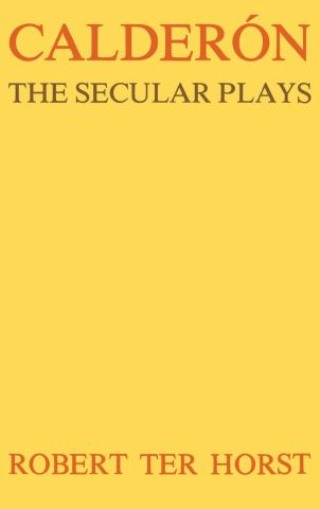 Although Pedro Calderón de la Barca was one of the greatest and most prolific playwrights of Spain's Golden Age, most of his nonallegorical comedias—118 in all—have remained unknown. Robert ter Horst presents here the first full-length study of these works, a sustained, meditative analysis dealing with more than 80 plays, conveying a sense of the whole of Calderón's secular theater.

To approach so vast a body of literature, Mr. ter Horst examines the meaning and function in Calderón of three broad subjects—myth, honor, and history—the warp threads across which the playwright weaves a subtle tapestry of contrasts, dualities, and conflicts: the private person versus the public person, the inner realm versus the outer, masculine against feminine, poet against prince.

The Calderón who emerges is a consciously consummate artist whose lifelong study was the passions of the human mind and body. In addition, he is seen as a synthesizer of his Spanish literary heritage and especially as a brilliant adapter of Cervantes' insights to the stage. Robert ter Horst's profound and far-ranging analysis sheds light on many fine works previously neglected and finds new depths in such supreme achievements as No hay cosa como callar, El segundo Escipión, and La vida es suefio.