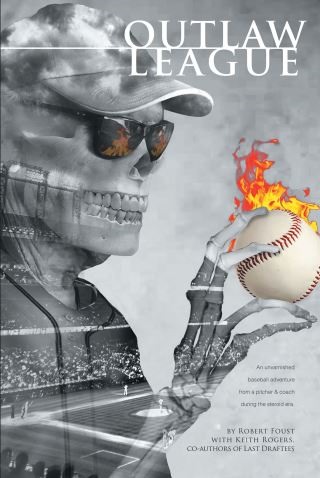 While this book is basically a satirical look at baseball, it touches on other subjects along the way.

It starts in 1956 long after the legend of Abner Doubleday, a Civil War officer, whose name is entwined with inventing the grand old game we now call baseball.

Unlike the ironmen of the past who went the distance and hit for power too, the narrative explores how the game evolved into one that features specialized players like designated hitters and starting pitchers who rarely go more than six innings before the hot arms of the bullpen trot out.

It also tells the journey of a young boy into manhood and the trials and tribulations he endures while seeking his lifelong dream and indeed his true calling in life of becoming a major-league pitcher.

It touches on the draft and his induction into the military and ultimately his deployment to Southeast Asia and a combat tour that he barely survived. It then follows his path into the world of marijuana trafficking and ultimately a four-year stretch in a Canadian penitentiary.

It climaxes with our protagonist getting an invitation at age thirty-six to spring training. He didn't make the team, but it was an achievement nonetheless.

It is an entertaining read with great characters mixed in along the way. I hope you will enjoy reading this piece of baseball fiction as much as I enjoyed writing it.