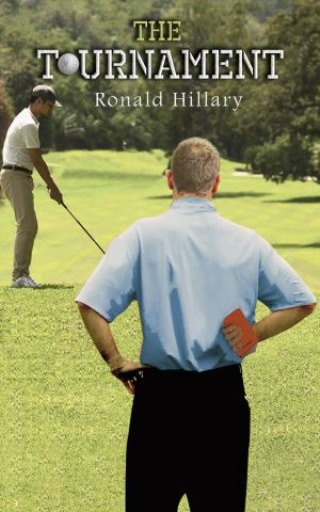 The Tournament is the story of how a young and extremely gifted golfer qualifies for and plays in the Masters, which is one of the four major professional golf tournaments held each year. The Masters is played in early April at the Augusta National Golf Club, located in Augusta, Georgia. Even with his exceptional talent, he knows that he is faced with the most difficult task of trying to play well on what many golfers consider to be the professional tour’s most challenging golf course. What he discovers upon arriving at the course and then putting that discovery into play rewards him in a way that he never dreamed would be possible.

Ronald Hillary: Ronald Hillary is a graduate of Central Michigan University with a business degree in Marketing and an MBA in Management. After various sales positions, he founded a commercial printing company located in Grand Rapids, whose sales territory covered most of Western Michigan. His interest in the game of golf began when he was an eleven-year-old caddy at a private country club located two blocks from his family’s home. His love of the game has continued to this day and his fascination with The Masters Tournament was the direct inspiration for the writing of this book.