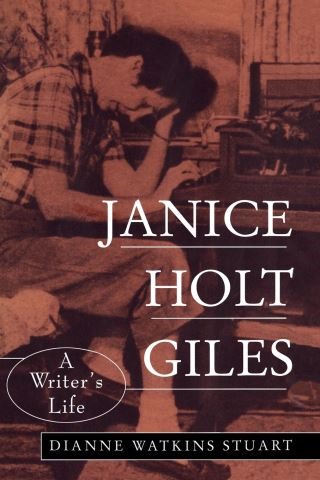 In 1946, at the age of 41, Janice Holt Giles wrote her first novel. Although it took her only three months to complete the first draft, working at night so as not to conflict with her secretarial job, it was another four years before The Enduring Hills was published. Three years later, when her sixth novel appeared, Janice Holt Giles's works had accumulated sales of nearly two million copies. Between 1950 and 1975 she wrote twenty-four books, most of which were bestsellers, regularly reviewed in the New York Times, and selected for inclusion in popular book clubs. Her picture held pride of place in her literary agent's New York office, alongside those of Willa Cather, H.G. Wells, and Edith Wharton, yet until now there has been no biography of this immensely popular American writer.

Humbly professing to be "just a good storyteller," Giles was a keen observer of life with great sensitivity, an ear for language, and a superb imagination. Her artistic achievements become even more remarkable when placed in the context of her often difficult personal struggles. Dianne Watkins Stuart, for years the acknowledged expert on Giles's work, has traced the path of her unique life. Stuart walked around the small house where Giles's brother was born and The Kinta Years (1973) had its origin, wandered through the yard where The Plum Thicket (1954) grew, and made countless trips to Adair County, Kentucky, to trace the trails of the Piney Ridge trilogy (The Enduring Hills, Miss Willie, Tara's Healing) and seek out the day-to-day life of her later years. Stuart's long-anticipated biography provides both a narrative of Giles's life and an in-depth description of the art and commerce of American publishing in the middle years of the century.