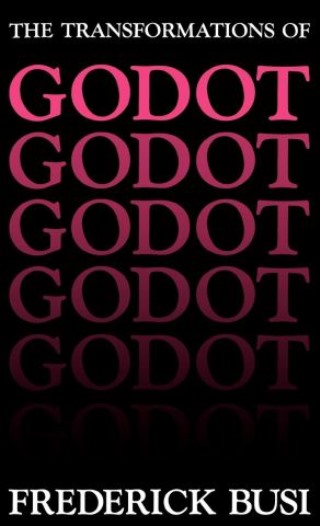 The Transformations of Godot

Didi, Gogo, Pozzo, Lucky—the bizarre names stand out strangely against the bare-bones landscape of Waiting for Godot. In an intriguing new study of one of the most haunting plays of this century, Frederick Busi shows that these names serve important dramatic functions, reinforcing the changing roles assumed by the mysterious characters in their tortuous search for—and avoidance of—self.

Busi also explores Beckett's convoluted literary relationship with James Joyce, especially as revealed in the plays-within-the-play and verbal jigh jinks of Finnegan's Wake, where, as in Godot, the same characters keep dreamily encountering themselves in different disguises, under shifting names. Beckett's strong affinities with Cervantes and the common debt of these two authors to the traditions of commedia dell'arte lead Busi to important insights into the shifting master-slave relationship so prominent in Godot, as in Don Quixote.

The religious implications of Godot—the subject of so much critical debate—are placed in a new perspective by Busi's provocative observation that certain early Christian heretical works and certain books of the Apocrypha contain not only the idea of the Devil/God, Judas/Jesus identifications implied in Godot but also a number of names that Beckett seems to have had in mind when he wrote his play.

Rich in linguistic, historical, and psychological learning, Busi's examination of the names in Godot leads the reader to a fuller awareness of Beckett's extraordinarily complex imagination. As Wylie Sypher writes in the foreword, the book is "an invitation to expand our reading of Beckett in many directions."

Frederick Busi: Fredercik Busi is professor emeritus of French and Italian studies at the University of Massachusetts.