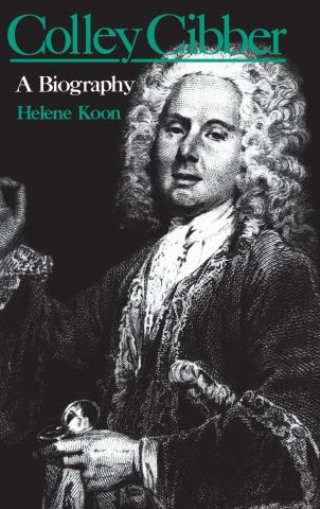 Colley Cibber changed the course of the English-speaking theater. One of the most complete theater men in the history of the stage, he fostered the change from drama as the handmaiden of literature to theater as an independent and lively art. In the process, Cibber became one of London's brightest stars, one of its most popular playwrights and, for thirty years, manager of the most important theater in England, Drury Lane.

Yet above all, Cibber was an actor, and this fact governed his life and career. In his plays, he demonstrated a remarkable awareness of the audience in the playhouse, while the character of a fool, which he created for the stage, gradually became the mask he wore in private life. The man himself achieved fame and wealth and gained powerful friends who gave him the post of Poet Laureate. But the mask and his success brought equally powerful enemies who made him the target of their ridicule and succeeded in destroying his reputation.

Since then the distorted image created by Pope and Fielding has amused generations of readers, but it does not explain how such a supposed fool remained a favorite with the public throughout his career, had more plays in the repertory than any other contemporary author, successfully managed a major theatrical company, or wrote the best theatrical history of his age. This biography looks at the man behind that distorting mask, his position in his own time, and his contribution to the theater.