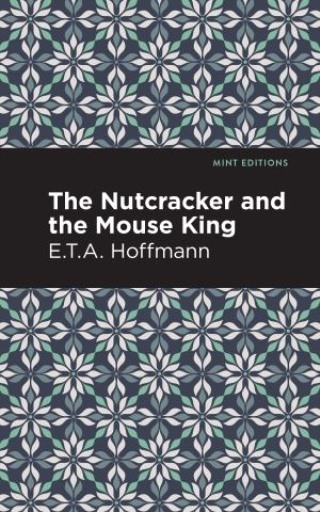 The Nutcracker and the Mouse King

On Christmas Eve, Fritz and Marie anxiously await the presentation of gifts. Initially awed by the clockwork castle made by their godfather Drosselmeyer, a famous inventor, they soon turn their attentions to a nutcracker. When Fritz accidentally breaks their new toy, Marie carefully bandages its jaw back into place. That night, while the whole house sleeps, Marie is awoken by the chiming of the grandfather clock. Terrified, she watches as a battle is waged between a horde of mice—led by a seven-headed king—and the toys, suddenly brought to life, led by the noble nutcracker. The next morning, she attempts to inform her parents of what she has seen, but they refuse to believe her. All remains quiet for the next several days, but when Drosselmeyer returns with the mended nutcracker, he tells her a story of the vengeful Mouse Queen.

With a beautifully designed cover and professionally typeset manuscript, this edition of E.T.A. Hoffmann’s The Nutcracker and the Mouse King is a classic of German literature reimagined for modern readers.

E.T.A. Hoffmann (1776-1822) was a German author, jurist, and composer. Born in Prussia, Hoffmann was raised by his mother, an uncle, and two aunts in Königsberg following his parents’ divorce in 1778. He attended a Lutheran school from 1781 to 1792, where he excelled in classics and developed his talents as a writer, artist, and pianist. In 1787, he befriended Theodor Gottlieb von Hippel the Younger, a future statesman. In 1796, as he continued to study for the necessary examinations for government work, he took a job as a clerk for his uncle Johann, who would soon be promoted to a position in Berlin. After a brief time in Berlin, where Hoffman attempted to embark on a career as a composer, he moved with Hippel to Posen, South Prussia. There, he worked as a minor government official until a scandal forced him into exile in Płock, New East Prussia. Although initially wary of Polish society, Hoffmann soon established himself and was promoted to the role of chief Prussian administrator in Warsaw. When the city was captured by Napoleon in 1806, he was forced to return to Berlin, where he dedicated himself to writing stories and plays. He achieved moderate acclaim with such stories as The Nutcracker and the Mouse King (1816), “The Sandman” (1817), and The Life and Opinions of the Tomcat Murr (1820). In his lifetime, his most successful work was the opera Undine, which premiered at the Königliches Schauspielhaus in Berlin in 1816. Recognized as a leading figure in German Romanticism and a pioneer of science fiction and fantasy, Hoffman has inspired generations of writers and intellectuals including Edgar Allan Poe, Charles Dickens, Franz Kafka, and Sigmund Freud. Perhaps most notably, The Nutcracker and the Mouse King would serve as source material for Tchaikovsky's beloved ballet The Nutcracker (1892).