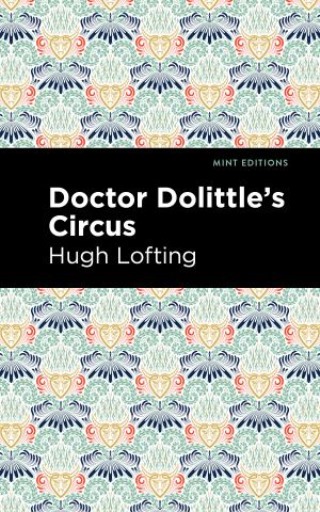 After returning from his African trip, in which he discovered the Pushmi-Pullyu, a two-headed antelope, Doctor Dolittle is looking for a way to pay off his debt. Inspired by the rarity of his new friend, Dolittle decides to enroll the Pushmi-Pullyu in a circus act. After searching for a circus that would accept his conditions, Doctor Dolittle and Pushmi-Pullyu begin to perform at a circus ran by a man named Blossum. Though Dolittle is originally happy with this arrangement, he soon becomes distressed after hearing the complaints of the other circus animals, who are unhappy with the way they are being treated. But, when Doctor Dolittle speaks on behalf of the animals, Blossum dismisses his concerns. The final straw however, is when Sophie, an Alaskan seal, begins to express her sadness over missing her husband, who she was taken away from when she was forced to join the circus. Deciding to take matters in his own hands, Dolittle begins to plan a daring escape with his circus friends, including evading the coast guard and dressing in humorous disguises.

This edition of Doctor Dolittle’s Circus by Hugh Lofting now features an eye-catching new cover design and is printed in a font that is both modern and readable. With these accommodations, this edition of Doctor Dolittle’s Circus creates an accessible and pleasant reading experience for modern audiences while restoring the original imagination and fun of Hugh Lofting’s work.

Hugh Lofting (1886-1947) was an English author and civil engineer. Best known for his work in the children’s genre, Lofting created his beloved character, Doctor Dolittle, while serving in the British army during World War I. Wanting to shield his children from both the horrible and sometimes dull realities of war, Lofting wrote imaginative letters to communicate with his kids while he was away at war. These letters later became the foundation of his popular children series featuring Doctor Dolittle. Lofting earned the Newbery Medal in 1923, commemorating his unforgettable impact on children’s literature.