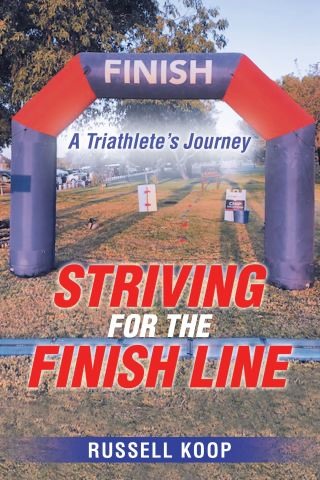 Striving for the Finish Line

Curt is the kind of amateur athlete who plays it safe on the baseball field. Unfortunately, that attitude isn’t enough to prevent a sidelining injury. Sarah is a college swimmer who is contemplating what to do with her life after graduation. Matt is a physical therapist who trains for cycle races in his spare time. Angie is a busy wife and mother who has just learned her husband has been having an affair. Even though these four couldn’t be any more different, they are about to have more in common than they think. As Curt, Sarah, Matt, and Angie are exposed to the world of triathlons in varied ways, they each decide to train for and compete in their first race, soon immersing themselves in a competitive environment where only the fittest—both mentally and physically—survive. As the years pass and races accumulate, they all reach a crossroads where they contemplate whether there is more. Although they have their own reasons for doing so, all four decide to attempt the Ironman triathlon and prove once and for all whether they have what it takes to achieve the ultimate goal. In this tale of courage, perseverance, and raw determination, four triathletes are led on a journey through the world of competitive races to eventually try to complete the Ironman triathlon.

Russell Koop: Russell Koop began his journey in triathlon in 1999, with an Olympic distance race. Since then, he has participated in approximately seventy-five races, and completed eight marathons, four half-marathons, and dozens of 10Ks and 5Ks. Russell is supported by his wife, four daughters, three sons-in-law, and five grandchildren. This is his first book.