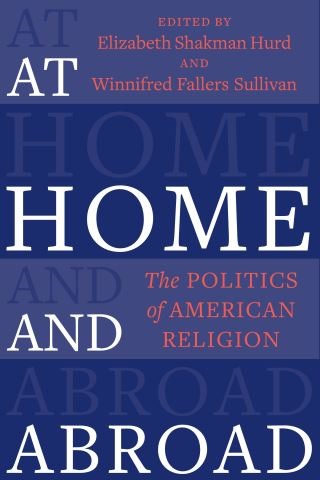 At Home and Abroad

The Politics of American Religion

From right to left, notions of religion and religious freedom are fundamental to how many Americans have understood their country and themselves. Ideas of religion, politics, and the interplay between them are no less crucial to how the United States has engaged with the world beyond its borders. Yet scholarship on American religion tends to bracket the domestic and foreign, despite the fact that assumptions about the differences between ourselves and others deeply shape American religious categories and identities.

At Home and Abroad bridges the divide in the study of American religion, law, and politics between domestic and international, bringing together diverse and distinguished authors from religious studies, law, American studies, sociology, history, and political science to explore interrelations across conceptual and political boundaries. They bring into sharp focus the ideas, people, and institutions that provide links between domestic and foreign religious politics and policies. Contributors break down the categories of domestic and foreign and inquire into how these taxonomies are related to other axes of discrimination, asking questions such as: What and who counts as “home” or “abroad,” how and by whom are these determinations made, and with what consequences?

Offering a new approach to theorizing the politics of religion in the context of the American nation-state, At Home and Abroad also interrogates American religious exceptionalism and illuminates imperial dynamics beyond the United States.