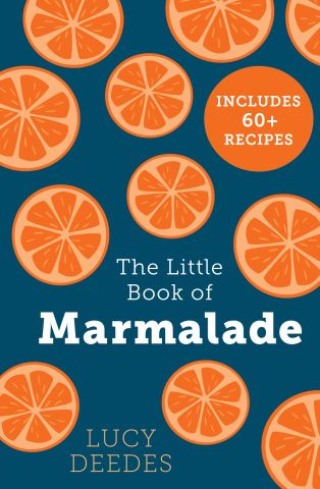 The Little Book of Marmalade

A perfect guide to making marmalade from the award-winning Lucy Deedes.

Marmalade had been around for hundreds of years – as a Portuguese sweetmeat, an after-dinner digestif, an aphrodisiac – before it turned into the most famous breakfast ingredient ever.

It has been a household staple for over 200 years, including the Queen (who reputedly has Tiptree Orange Marmalade on her white toast).

Some like a clear jelly marmalade, with just a few wafers of peel hanging like seahorses in the jar; some a firm orange mixture with no extras. Some refuse to touch it unless it’s a dark paste, boiled down almost to toffee with a passing suggestion of booze about it.

Whichever way you like yours, there’s the perfect recipe in The Little Book of Marmalade for you. Let Lucy Deedes, award-winning marmalade-maker, guide you through it for the perfect accompaniment all year round.

When Lucy Deedes was a child, she used to sit on the Aga and read aloud to her mother while she cooked.  She especially remembers the marmalade-making because the chopping took so long.

She started making my own marmalade when she realised as an adult just how hard it was to buy good marmalade. She began with a good old Katie Stewart recipe, tinkering about with setting points and wrinkles on saucers.  Soon, people were asking if they could buy it. And so, she started a business, making it at home in the same way with her mother’s pre-war jam pan (now upgraded to some smart new ones), listening to the radio and experimenting with flavours and peel thicknesses.

She sells marmalade at both the Petworth and Arundel Farmers’ Markets, at The Hungry Guest food shop in Petworth and in the Fittleworth Community Shop.

In 2019, she won two Golds and three Silvers for the five flavours she entered in the World's Original Marmalade Awards at Dalemain in Cumbria.