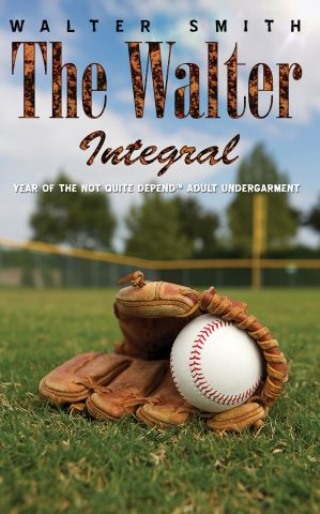 Year of the Not Quite Depend™ Adult Undergarment

Walter the Younger is completely insecure, overweight, somewhat myopic, awkward, introspective, and intellectually troubled; an evolving amorphous blob, a forever nerd, unconditionally loved by delusional parents, simply trying to survive adolescence and move on.
His story is told in small slices, describing events both real and not so real, but real enough to be overthought and overanalyzed by Walter's overactive psyche. Leaps into the future and past detail, quixotic adventures at college, on the golf course with his dad, at home with his not quite "All-American" family, and becoming a champion junior bowler. Walter is often thrust into the limelight in spite of trying to hide in the shadows.
Just small scraps of time, these Walter slices are frequently interrupted by non-sequiturs, social diatribes, rants, discussion of scientific and otherworldly topics, glimpses into the multiverse, and other contrivances; simply digressions from a baseball story about Little League, and the craziness that ensued following the first time Walter took a swing at an incoming baseball.
The Walter Integral, comprised of these slices and digressions, paints a not quite complete picture of a "not quite complete" Walter.

Walter Smith: The Walter Integral is Walter Smith's first novel. He and his wife, Fran, live in Wellington, Florida, and New Canaan CT. Walter received his BS and Ph.D. from Rensselaer Polytechnic Institute and has spent more than forty years as an entrepreneur, consultant, inventor, and owner of several science-related businesses.