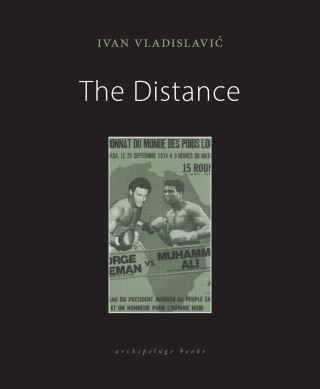 A boxing bildungsroman - a collage of memories, love, resistance, and the spectacle of Muhammed Ali in Apartheid South Africa.

In the spring of 1970, a Pretoria schoolboy, Joe, becomes obsessed with Muhammad Ali. He begins collecting daily newspaper clippings about him, a passion that grows into an archive of scrapbooks. Forty years later, when Joe has become a writer, these scrapbooks become the foundation for a memoir of his childhood. When he calls upon his brother, Branko, for help uncovering their shared past, meaning comes into view in the spaces between then and now, growing up and growing old, speaking out and keeping silent.

Ivan Vladislavic: Ivan Vladislavic is a novelist, essayist, and editor. He lives in Johannesburg where he is a Distinguished Professor in Creative Writing at the University of the Witwatersrand. His books include The Folly, The Restless Supermarket, Portrait with Keys, and Double Negative. Among his recent publications are Flashback Hotel, a compendium of early stories, and The Loss Library. His work has won several prizes, including the University of Johannesburg Prize, the Sunday Times Fiction Prize, and the Alon Paton Award for non-fiction. In 2015, He was awarded Yale University's Windham-Campbell Prize for Fiction.